– You change the marching rhythm, you are forced to dance –

The Basel Fasnacht Carnival is a geyser of creativity but at the same time, it has a very serious character due to the movement in a form of militaristic marching of groups through the streets. Every year in February or March the peaceful city on both banks of the river Rhine turns into a city that does not sleep for 72 hours. From the time the music of piccolo and drums sound at 4 a.m. on Monday early morning (Moorgestraich) until 4 a.m. on Thursday (Ändstraich), its carnival groups still roam here and there in rhythmic marching. The traditional music which creates Fasnacht is the music played by piccolos and drums. They have a militaristic basis and the groups that play these instruments (Cliques) march in military chics, at a two-quarter tempo, all equally left-right. They all play the same melodies (polyphonic at piccolo) and march exactly the same according to the beating. There is no improvisation or alteration in movement while walking.

And it was Beery Batschelet who was one of the few composers who decided to introduce significant changes
into a strict military musical form. He started as a drummer in one of the traditional cliques, studied concert flute
later, and continued playing piccolo during Fasnacht. And he began to write such marches in which classical and jazz music was used.

In an interview for Film Beneath the Mask Darkness (Viola Ježková, 2018), he says: “We are like oxen who walk in the fields. It has this kind of monotematic movement, that helps the trans. But you cant dance in the 2/4 rhythm. And this is why I introduced 3/4 length rhythm in many of my marches. You are forced to dance! I don’t have to say anything. If you watch these groups, it looks different. They dance…”

Today, his musically demanding marches are also played by some large cliques, but they are often played by smaller groups in which there are professional musicians, just like the piccolo group Guete Fraue, where Batschelet was playing in the last years. This group does not march but dance. It is more an exception within Basel’s Fasnacht. But with its unique music and form of walking, it also holds the respect of traditional “Fasnächtlers”, as described by journalist and drummer Dominik Spirgi in the obituary for Beery:  “There are these short moments that impress on the Basel Carnival. As a member of a drummer formation, I remember one of them – .. we marched down the Freie Strasse on an early Monday evening. And we drummers, who we sometimes look down on the pipers a little pityingly, let ourselves be carried away by the virtuoso played piccolo sounds, decorated with improvised dance insertions.”

Bernhard (Beery) Batschelet returned to Basel from his second home in Bali to participate at the Basler Fasnacht 2020. But this (his last) Fasnacht was canceled due to Corona Virus. Batschelet died on 19th Mai in Basel. 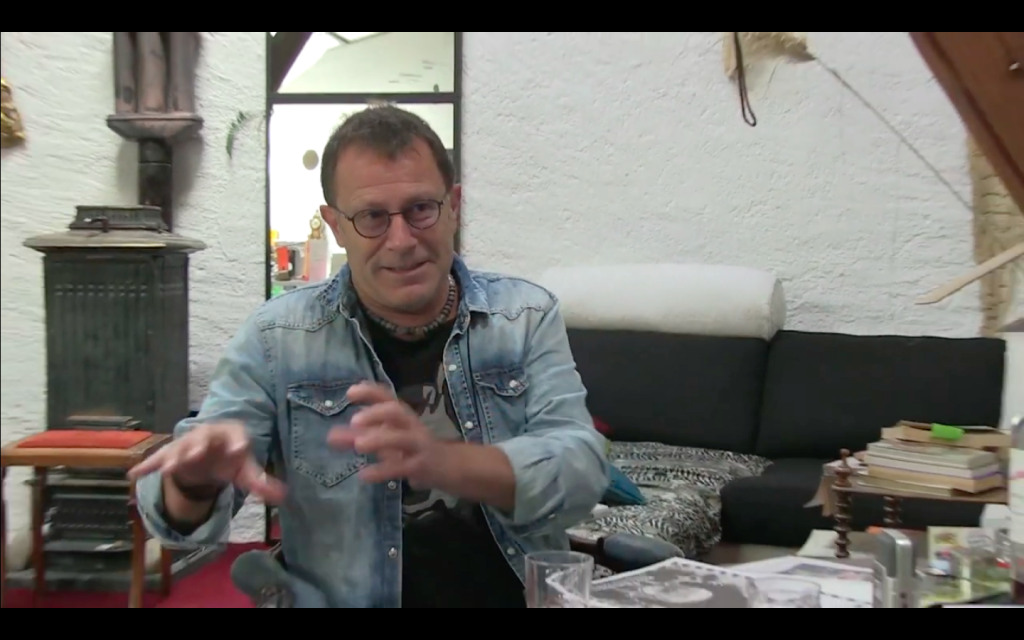 Copyright © 2023 Martin Pehal and Barry Stephenson. Reproduction of any material from Ritual in Motion without written permission is strictly prohibited. Terms of Use. Privacy Policy. Powered by WordPress